Play new games from day one including Minecraft Dungeons, good indie titles like Golf with your Friends — plus blockbusters like Red Dead Redemption 2 and The Witcher 3
You’ll always have something new to play with Xbox Game Pass, with new games added every month
One low monthly price gets you unlimited access to over 100 Xbox One and Xbox 360 games on Xbox One

Shop with confidence with guaranteed

Free returns for damaged and lost items in transit.

All orders are processed in 1-3 business days.

Get support instantaneously with your orders.

Get unlimited access to over 100 Xbox One and Xbox 360 games on Xbox One, for one low monthly price. Play highly-anticipated new the day they’re released. Plus, discover and download titles you’ve always wanted to play or revisit favorites that you’ve been missing. With new games added every month, Xbox Game Pass is your ticket to endless play.

Over 100 games. One low monthly price.

Enjoy unlimited access to over one hundred great Xbox One and Xbox 360 titles on Xbox One, including fan-favorites like Halo 5: Guardians, Payday 2, NBA 2K16, and LEGO Batman. With so many games to download and discover, your Xbox experience will never be the same.

Something for everyone. Always something new to play.

Play games across multiple genres, from action/adventure and family favorites to shooters, sports, puzzle games, and more. And with new titles added every month, you’ll always have a wide selection of great games to choose from.

Download games directly to your console and play online or offline in full-fidelity, without any streaming or connectivity issues. Whether it’s a new story to immerse yourself in or an old journey you’re eager to revisit, experience your games as they were intended.

Discounts on Xbox One games.

Love an Xbox One game and want to own it? Interested in an add-on or Season Pass for a title you’re playing in the Xbox Game Pass catalog? Save 20% on Xbox One game purchases and 10% on all related add-ons, but only while the base game is currently in the catalog.

Subscription game selection varies over time. Learn more at xbox.com/game-pass. Monthly subscription required. Xbox Game Pass is an Xbox One, Xbox Play Anywhere, and Xbox 360 backward compatibility game subscription for Xbox One; an active subscription is required to play games. Xbox Live Gold subscription (sold separately) required for early access. The titles and number of games included in the subscription may vary over time, may vary by country, and may not be available in all countries. Subscription continues to be charged monthly at the then-current price (subject to change; plus applicable taxes) unless cancelled. Cancel anytime. For cancellation info see www.xbox.com/accounts. DLC sold separately. Notice before purchase of DLC: If you purchase DLC for a game that is later removed from Xbox Game Pass, or you terminate your Xbox Game Pass subscription, you will need to purchase the game separately to continue using the DLC. Xbox Live Gold membership (sold separately) required for online multiplayer on Xbox One. Download charges may apply as set by your ISP. Some titles may only be available for download by adult account holders 18 years and older. Xbox Game Pass discounts are not combinable with other offers and are not redeemable for cash. Requirements, features, and online services subject to change and/or retirement. Subject to the Microsoft Services Agreement (microsoft.com/msa).

Play new games from day one including Minecraft Dungeons, good indie titles like Golf with your Friends — plus blockbusters like Red Dead Redemption 2 and The Witcher 3
You’ll always have something new to play with Xbox Game Pass, with new games added every month
One low monthly price gets you unlimited access to over 100 Xbox One and Xbox 360 games on Xbox One
Download and discover titles you’ve always wanted to play, revisit old favorites that you’ve been missing
Experience games from all genres like action/adventure, family-favorites, shooters, and sports

There are two key factors which will affect the time you receive your items.

There are no reviews yet.

Only logged in customers who have purchased this product may write a review. 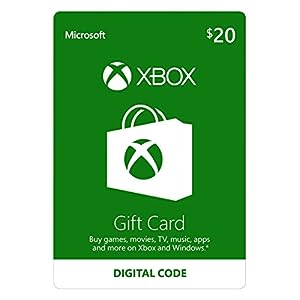 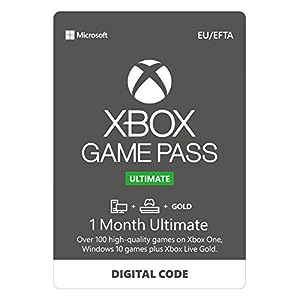 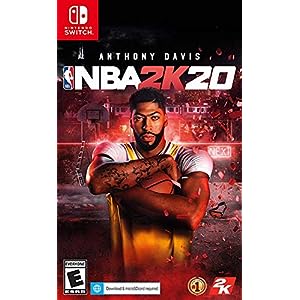 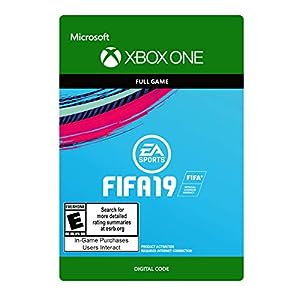 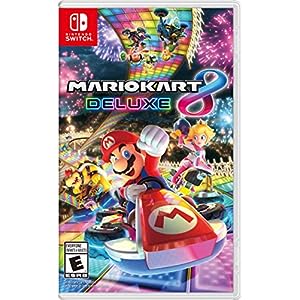 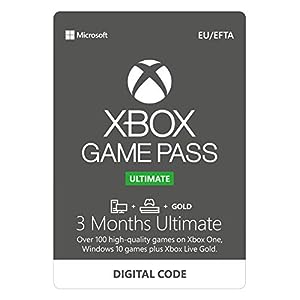 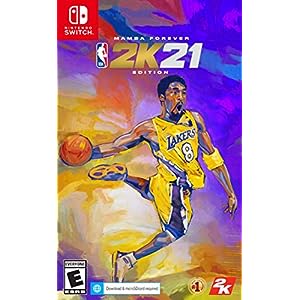 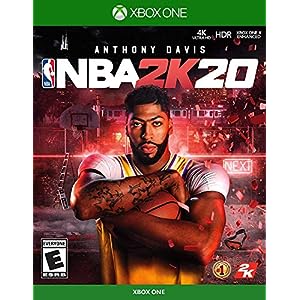